Each year Long’s School of Dance invites some of the world’s greatest dance instructors to teach classes during the summer. This is an excellent opportunity for students to learn skills and techniques from world renowned instructors. 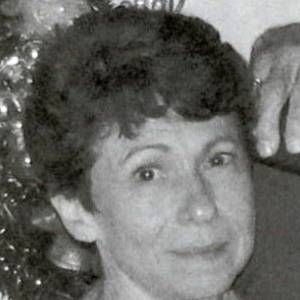 Bev has 35 years experience as director of the Western Kentucky University dance program. While there she developed a four year syllabus for preparing dancers for professional careers. Most of the dance majors from this program have been successful on Broadway, off-Broadway, in movies, and on television. Past students have been in (on Broadway) “Chorus Line”, “Merrily We Roll Along”, “Dream Girls”, “Best Little Whorehouse in Texas”, “Les Miserables”, (in films) “Midnight in the Garden of Evil”, “Two Weeks Notice”, and many others. Currently, her students are appearing on Broadway in “42nd Street”, “Cats”, “Chicago”, “Wicked”, and in the film ” Ghost Riders” and on the popular television series “Smallville” (Lex Luther). Bev’s formative training was entirely through her mother, Marge Long. 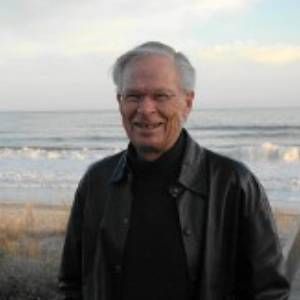 Ron grew up in Sioux Falls, SD where he studied oboe, English horn, and percussion. As a member of the American Federation of Musicians, he played in the pit orchestra for traveling Broadway shows and with the Sioux Falls Municipal Band. At Bethel University, in St. Paul, MN, he received a BA in music theory and composition. He has worked in choral music, solo voice instruction and solo bistro piano performance. Currently he sings at St. Wilson the Fisherman Episcopal Church in Shallotte, NC and performs regularly with the Brunswick Jazz Band on Keyboard. 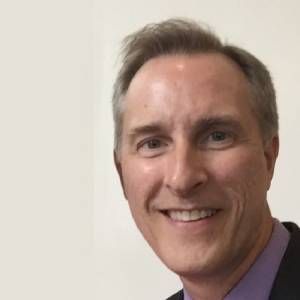 Andy’s career spans 30 years in the entertainment industry. He began his intense training at Western Kentucky University, where he received a BFA in Performing Arts with an emphasis in Dance. While at school, he studied a variety of dance forms under the instruction of Beverly Veenker and Jeffrey Mildenstein. He has trained with Dance Masters Nan Giordano, Henry Danton, and Bill Hotaling, the creator of the Manhattan Dance Project. He has studied stage combat with Larry Lee and developed a love of Sword Fighting during his training with Rick Sordelet, the top Fight Director in the country.

Andy is an accomplished Actor/Singer/Dancer who has honed his craft over the years performing with Nebraska Theatre Caravan, Orlando Civic Children’s Theatre, and Miami Valley Dinner Theatre. He has danced in revue shows in Atlantic City and abroad at Tokyo Disney Sea, and has performed in a multitude of industrials all over the country. Andy has gained great insight into theme park entertainment with his jobs performing at Dollywood, Busch Gardens, Universal Studios, and Walt Disney World. Andy spent several years working with Disney Cruise Line. First as a performer: swing, dance captain, and fight captain; later, as an independent contractor in Toronto, training new dancers. While there, he also had the opportunity to choreograph and direct. He has been on both sides of the audition table and understands the passion, drive, and talent it takes to survive as a performer in the entertainment industry.

Today, Andy works as a Maintenance Choreographer for Walt Disney World Parks and Resorts where he trains performers in a variety of shows and parades. He enjoys sharing his wealth of knowledge and experience as an entertainer to mentor, train, and guide performers of tomorrow. 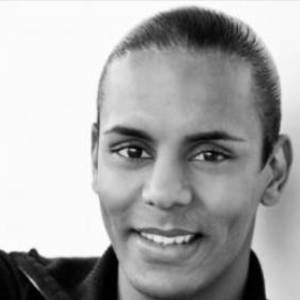 Angel Giles (St. Croix, U.S. Virgin Islands) began performing acrobatics at the age of eight. At sixteen, he started training as a dancer with the Pointe Dance Academy (U.S.V.I.), where he studied jazz and the Cecchetti method in ballet. He received a full summer intensive scholarship with Ballet Conciterto de Puerto Rico which cemented his lifelong passion for a career in the arts. After graduating from high school, Angel moved to New York to begin his modern training at the Alvin Ailey American Dance Center. He studied under the direction of Sylvia Waters as part of Ailey II (formerly Alvin Ailey Repertory Ensemble), where he learned new and classic Ailey repertory, including “Isba” and portions of “Revelations”. He had the wonderful opportunity to perform in their 25th Anniversary Season and at the induction ceremony of Judith Jamison into the Kennedy Center Honors.

In 2000, Angel joined the Battery Dance Company, under the direction of Jonathan Hollander, performing with them on their tour of Poland. Shortly after, he moved to Dallas, to join the first company of Dallas Black Dance Theatre. He spent several years studying and performing under the direction of Ann Williams. Over the years with DBDT, Angel choreographed pieces for the company and the community. His work on a local production of Once On This Island was nominated by the Dallas Theatre League for a 2002 Leon Rabin Award.

In 2006, Angel set sail as a performer with Royal Caribbean Cruise Line, sailing around the globe. He spent a few years dancing with the company until he was offered to join their production team. Angel currently assists in mounting new casts on RCL ships all over the world. 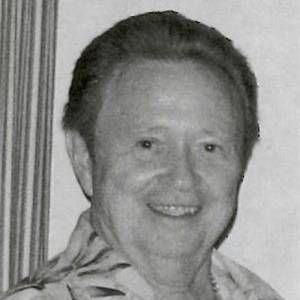 Tap great Bobby Ziegler holds a Masters degree from The Chicago National Association of Dance, and has studied in Canada and the United States. His training includes; character and modern dance, acrobatics, voice, pantomime, ballet, jazz and tap. Before opening his own school Mr. Ziegler trained dance teachers for 10 years through Dance Educators of America in New York City.

He went on to open his own dance school in 1968 after performing on stages in Korea, Canada and the United States. He has taught notables in the dance world that read like a who’s who list on the red carpet. Two of his former students Leroy Reams and Ula are currently performing on “The Producers” and Leroy has performed for many seasons in 42nd Street on Broadway. 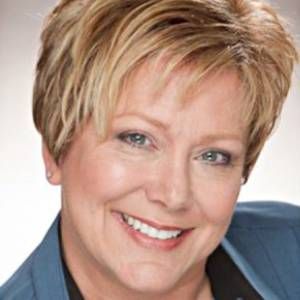 Annie Day holds a B.A. degree in Dance from Butler University, Indianapolis, Indiana. Among her teaching credits are private and public schools, universities, dance camps and arts schools across the US and Germany. Annie teaches for major dance organizations each year during D.M.A, D.E.A., Dance Olympus, Boston Dance Teachers Club, Chicago National Association of Dance Masters, Southern Association of Dance Masters and others.

Her innovative and demanding classes have also challenged students at the North Carolina School of the Arts, Lexington School for the Deaf and Alabama School of Fine Arts. Along with her husband Marcus Alford, Day was awarded the Chicago National Association of Dance Masters “Lifetime Achievement Award” in 2003. Together, they produce “Jazz on Tap,” “BalletFest Atlanta,” “The Nutcraker of Cherokee County” and “Jazz on Tap on Tour” summer dance camps. As construction manager for JazzHand, LLC, Annie supervises dance studio design and construction projects in the Atlanta area and throughout the southeast. 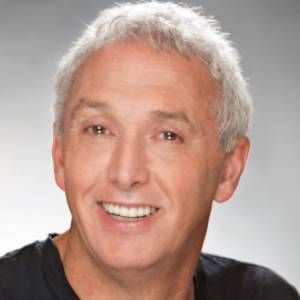 Marucs R. Alford attended the University of Alabama where he earned a B.A. Degree in Dance and Business. He choreographed, taught, danced and toured with the legendary Gus Giordano Jazz Dance Chicago for a decade.

Mr. Alford has been on the faculty of every major dance organization including D.M.A., D.E.A., Internationale Tanz Wekstatt, Southeastern Regional Ballet Association, Boston Dance Teachers Club, Chicago National Association of Dance Masters, and many others. Marcus’ high energy jazz classes have also inspired students at the Festival of the World in Hungary, The American College Dance Festival, The International Ballet Competition, Jackson, MS, Hubbard Street Dance Studio, Chicago and the North Carolina School of the Arts.

Marcus is the founder and artistic director of “JAZZ ON TAP” (the Metro Atlanta Jazz and Tap Dance Festival) and “BalletFest Atlanta.” In 1991, he authored Jazz Danceology, now a standard in the libraries of jazz dancers, teachers and universities everywhere. Marcus Alford has performed in and/or choreographed many award winning industrials and TV/video projects for clients including Kohler Corporation, Sprint, I.B.M., Milliken Carpets and N.F.L. Commissioners. His concert choreography can be seen on companies throughout the dance world. Mr. Alford currently serves on the faculty of the Kennesaw State University Department of Dance. Along with his wife, Annie Day, Mr Alford serves as Owner/Artistic Director of Dancentre South, Inc. in metro Atlanta. They were the recipients of the Lifetime Achievement Award from the Chicago National Association of Dance Masters.

A native of England, Mr. Danton is an internationally known dancer, choreographer, artistic director and teacher. He began his performing career with the International Ballet of London and then transferred to Sadler Wells Ballet, where he danced for three and a half years as First Soloist. During his more than twenty years association with Ballet Theatre, he has choreographed numerous ballets including GISELLE, SWAN LAKE. DON QUIXOTE, COPPELIA, LA BAYADERE, LA FILLE MAL GARDEE, CARMEN, LA ESMERALDA and FIREBIRD.

Mr. Danton served as Director of the Dance Educators of America Training Course for teachers for over 10 years, and freelances as a guest teacher and choreographer.

Mr. Danton directed the annual Russian Ballet Seminar from 1991 to 1996. In 1998, Mr. Henry Danton was honored for his outstanding artistic contributions to Ballet Theatre of Scranton.